My library system serves an urban community. Patrons come from a multitude of backgrounds. In fact, faculty at East High School in Kansas City, MO, told me last year that there were over 30 primary languages spoken in their students’ homes. So, while my heritage is Jewish, from just seeing me, my third-generation self looks VERY white and very typically “American.” 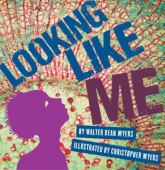 In 2013, according to the United States Census, 62.6% of people in America were “White alone, not Hispanic or Latino”[1] However, that same year, less than one-third of one percent of children’s books (92 of 3,200) published in the United States were about people of color. This is a finding by the Cooperative Children’s Book Center at the University of Wisconsin stated in an opinion article by Walter Dean Myers in The New York Times on March 14, 2014.[2] Tragically, the prolific author died less than four months later. [3] 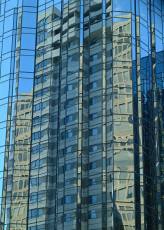 In graduate school, I did a one-day observation at the Curriculum Materials Library at the University of Nevada, Las Vegas. The head of that library at the time was Jen Fabbi. She told me something from her graduate study that stuck with me more than lessons from most of my professors. She asserted that good books serve as mirrors and windows. They reflect people’s own lives and allow them to see beyond what they experience first-hand. This idea isn’t new.  Apparently, Rudine Sims Bishop first introduced the concept in 1990.[4] Amazingly, 24 years later, it still rings brilliant and essential.

So, where is the mirror for my patrons? How do I promote books for them if there are so few they find relatable? I refuse to be shackled. I seek what we DO have and promote it whenever I can. 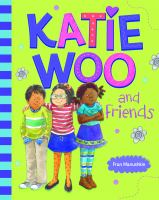 My favorite titles are those that demonstrate not just segregated communities but people from multiple backgrounds interacting. I love the Katie Woo series because the principal character is Asian-American. Her best friends are a Hispanic-American boy and an African-American girl. Their heritages are part, but not the entirety of who they are. For example, to ease back-to-schooI jitters, I just accessed a story in the series about bullying. It included no slurs or behavior that suggests any racial motivation.(To read more about bibliotherapy, see here).

Doing outreach puts us in a unique position. We go into our communities, so we learn about our patrons directly. For them, we must make our collections diverse. Money talks. Tell publishers what we need, but also prove that we are serious via impacting their bottom line.

We are not powerless. We can bring mirrors and windows to those we serve. I intend to do so. I urge you to do the same.

Anna Francesca Garcia earned her Master of Library and Information Sciences degree from the University of North Texas and has worked for almost a decade in public libraries in Nevada and Missouri. Her daughter’s ethnic background is half Jewish-American and half-Hispanic. Anna Francesca transmits her child’s heritages, and discovers others, through books. Multi-cultural literature is a life-blood in their home.

2 responses to “Mirrors and Windows: Diversity in Outreach”